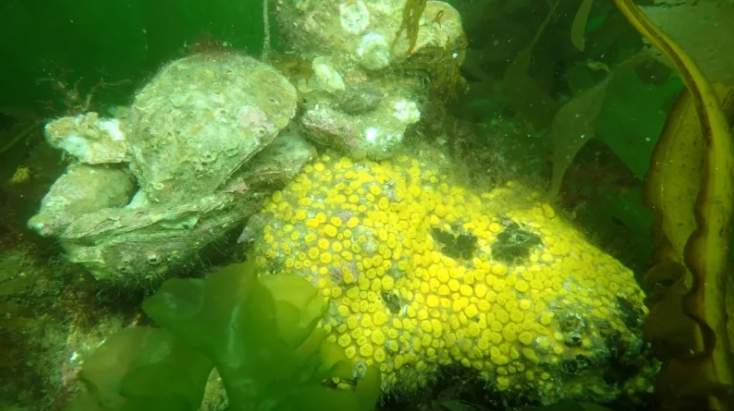 Port Phillip Bay’s only native oyster is making a comeback – and the humble shellfish will help clean and filter the bay’s murky waters.

The project kicks off just weeks after Port Phillip Bay’s beaches were declared off limits for days in January due to stormwaters flushing dangerous levels of excrement and detritus into the bay. Some beaches were again given a “poor” report card this week after more heavy rain.

In March, locally-sourced limestone rocks will be sunk seven metres below the water’s surface off Hobsons Bay, near St Kilda, and off Corio Bay, near Avalon. They will drop 300,000 oysters over the rocks which will cover a 500 square metre area.

The native flat oysters, or Angasi oysters, were bred at a Queenscliff hatchery and, once settled on the limestone, will grow into shellfish reefs.

Shellfish reefs once covered a quarter of Port Phillip Bay, making homes for oysters, mussels and other shellfish, but over harvesting and dredging degraded their rocky habitat to near extinction.

Shellfish reefs were heavily harvested by first settlers, eager for a ready-made food supply, and the shells were burnt to create cement in the 1800s and 1900s, Albert Park Yachting and Angling Club vice-president Pat Hutchinson said.

In the 1950s, scallop dredgers began churning up what was left, leaving a “sandy desert” without rocks and seagrass.The Kennett Government stopped scallop dredging in the 1990s, but the damage was done.

Over the years, Mr Hutchinson said club old-timers began to notice changes in the bay.

“What used to happen is after storms there would be loads of oysters, mussels and shellfish washed up on the beach, but that doesn’t happen any more,” Mr Hutchinson said.

“Because of the all the dredging in the bay by the scallopers, the mussels and oysters beds were depleted,” he said.

The club has raised money itself to rebuild the reefs and enlisted the help of global conservation organisation, The Nature Conservancy, and the state government.

Dr Chris Gillies, marine manager for The Nature Conservancy in Australia, said oysters needed hard surfaces to settle on and failed to grow and live without them.

“The majority of Port Phillip Bay at the moment is the equivalent of a sandy desert,” Dr Gillies said.

“What was there before were rocks and oysters and mussels. It is like a ploughed paddock. Everything has been churned out and what is left is sand,” he said.

Dr Gillies said a single oyster filters and cleans 200 litres of water a day – or the equivalent of a full bath tub. Oysters stop algae blooms by ingesting phytoplankton and other particles, then excreting clean water and nutrient-rich pellets eaten by other sea life.

“It is not going to be sole answer in terms off fixing the bay after a storm but it is a cost effective way to improve the the water quality and we are improving the biodiversity in terms of restoring imperilled habitat,” Dr Gillies said.

The science has already been tested in pilot projects off Carrum, St Kilda and near Avalon, Dr Gillies said.

Stage two of the project will be announced on Sunday by Agriculture Minister Jaala Pulford, with the government spending $147,000 on the project, The Nature Conservancy, $50,000, and $35,000 raised by the Albert Park club through events and donations.

“Oysters are highly efficient at improving water quality and the cycling of nutrients through their waste products and the complex habitat created by shellfish reefs provides food and homes for crabs, fish and plankton that are important links in the marine food chain,” Ms Pulford said.

The limestone project mimics other Nature Conservancy projects notably in Chesapeake Bay in Maryland, in the United States, Yorke Peninsula, near Adelaide, in Albany, Western Australia and in Noosa, in Queensland.

Dr Gillies said stage three of the Port Phillip Bay project would see up to 20 hectares of shellfish reefs, but the ultimate aim was to create self-sustaining reefs.

“I don’t eat raw oysters myself but I understand that they are stronger in flavour than the Pacific oysters. They are quite nice cooked,” Dr Gillies said.